Sakkarai Pongal  or Sweet Pongal is a traditional and tasty rice dessert recipe. It is popular in South Indian cousins. Pongal is also known as pongali or huggi. In Tamil “Pongal” means boil. There are a variety of Pongal recipes such as Chakarai Pongal, Venn Pongal, Melagu Pongal, and Puli Pongal.

Chakarai pongal or Chakkara pongali is a prepared in temples as a prasadam. It is usually prepared during the Pongal festival in Tamil Nadu, and the Sankranti festival in Karnataka and Andhra Pradesh.

Pongal is celebrated as a harvested festival celebrated in Tamil Nadu, Karnataka, and Andhra Pradesh. It is usually celebrated at the start of the month on January 14 or January 15. Further, this festival is celebrated for three days i.e., Bhogi Pongal, Surya Pongal, Mattu Pongal, and Kaanum Pongal.

Is a traditional recipe prepared during the Sankranti festival.  Makar Sankranti or Uttarayan or Pongal in Tamil Nadu, Sankranthi in Karnataka, and Andhra Pradesh. So, this is the suggi or harvest festival for formers. On this auspicious day, people offer this Ellu Bella to their family members and dear ones this ritual is called Ellu Birodhu.

It is one of the delicious rice recipes. Further, it is one of the popular breakfast dishes in South India. And it is usually served with sambar and coconut chutney. Later Melagu Pongal is a spicy dish made with pepper, rice, chilies and moong dal. Puli Pongal (Tamarind Pongal) is made with tamarind and boiled rice. 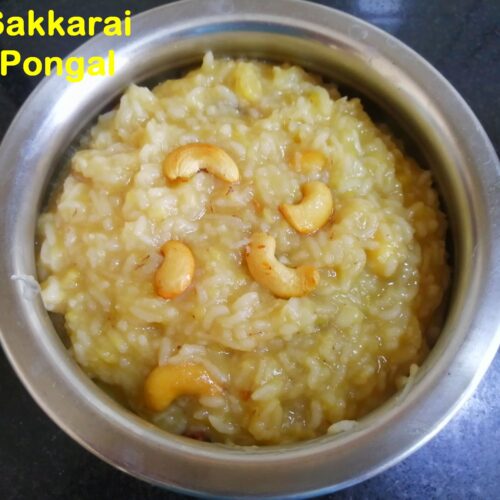 We are sorry that this post was not useful for you!

Searching is in progress

Hello and worm welcome to my new kitchen.

Hello and warm welcome to my new kitchen.